History of Life (ESCI 100) is a broad overview of the evolution and diversification of life on Earth. It is an introduction to science in general and to evolutionary biology and historical geology in particular, but science majors as well as non-scientists will find the material interesting and challenging. This course counts toward the Geology and Environmental Geoscience majors. It is all great fun, especially since the material not only changes every semester, it changes every week. Wait until you see what strange and marvelous events have happened in the History of Life! Invertebrate Paleontology (ESCI 220) is the study of ancient invertebrate life. It is an exciting field at the overlap of geology and biology. It is animated by the process of organic evolution. My primary goal in this course is that students learn the basic theories and methods of paleontology, and enough of the applications so that each can later pick up a fossil anywhere and know its identity, preservation style, evolutionary history, age, and depositional environment. This is a “W” course at Wooster, which means that we have a variety of writing exercises concentrating on scientific communication. 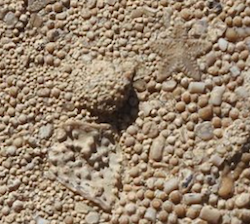 Paleoecology (ESCI 215) is a lab course introducing concepts of paleoecology, the ecology of the prehistoric past. Paleoecology employs concepts of geology and biology to investigate the distribution of fossils through geological time, concentrating on ecological controls such as climate change, biogeochemistry, symbiosis, and evolution. Paleoecology is done at a range of scales from local communities to biotic realms, and from abrupt events through long-term evolutionary changes.

Sedimentology & Stratigraphy (ESCI 370) is a survey of the description, formation, and distribution of sedimentary rocks, which are almost three-fourths of the rocks exposed on the Earth’s surface. Most of the details we know about Earth history come from sedimentary rocks and the fossils within them. Many of our primary economic resources, such as coal, oil, and natural gas, are contained within sedimentary rocks. My goal in this course is for students to understand how these rocks are formed and learn what types of stratigraphic, paleoenvironmental, and tectonic information can be recovered from them. By the end of the course, they should also be able to identify and interpret any sedimentary rock. Like Invertebrate Paleontology above, this is also a “W” course for writing. Desert Geology (ESCI 350) is one of our “Special Topics” courses. This course is designed to introduce the geological processes which form and operate in the deserts of the world. The centerpiece is a Spring Break field trip to the Mojave Desert. The first half of the course will be preparation for the trip, and the second half will be analysis, discussion and review of what we saw and found. This is a half-credit course so we meet for roughly half the time of a regular course (except for the six-day field trip!) and generally do half the work. It is taught by all the faculty in the department.

First-Year Seminar is a course series taught every year to incoming students at The College of Wooster. My section is titled “Nonsense! (And Why It’s So Popular)“, which is taught every three to four years. A deep streak of irrationality runs through humanity, especially in these days of “post-truth” and “fake news”. Belief that the Earth is flat has increased dramatically among American young people, and a curious conspiracy theory centered on the mysterious “Q-Anon” alleges dramatic secret battles between the “Deep State” and a satanic cabal for control of the US government. Horrific mass shootings are dismissed as “false flags” employing “crisis actors” for obscure political gains. Anti-vaccination groups have triggered new outbreaks of diseases we thought were nearly extinct, and quack medical “cures” are as popular as ever. Why is such nonsense so common when information has never been easier to access? What are the dangers to society when irrationality is common? Do we have logical tools to sort bad ideas from good? In this seminar we will examine conspiracy theories, crank science, revisionist history, and other topics from the edges of reason. We will use original literature, websites, and films to explore the lure of these ideas and their social origins. Our primary textbook will be The Skeptics’ Guide to the Universe: How to Know What’s Really Real in a World Increasingly Full of Fake. Our course objective is to improve our own critical thinking, writing and speaking … and, in the words of the late Carl Sagan, to light a candle in a demon-haunted world.